Finished Unpregnant by Jenni Hendriks and Ted Caplan. I received a copy for review.

“Seventeen-year-old Veronica Clarke never thought she would wish she’d failed a test until she finds herself holding a thick piece of plastic in her hands and staring at two solid pink lines. Even the most consistent use of condoms won’t prevent pregnancy when your boyfriend secretly pokes holes in them to keep you from going out-of-state for college.

Veronica needs an abortion, but the closest place she can legally get one is over nine hundred miles away—and Veronica doesn’t have a car. Too ashamed to ask her friends or family for help, Veronica turns to the one person she believes won’t judge her: Bailey Butler, Jefferson High’s own little black cloud of anger and snark—and Veronica’s ex-best friend. Once on the road, Veronica quickly remembers nothing with Bailey is ever simple and that…

Head on over to Smashwords to score tons of #books either #free or on sale!
Summer sale on now. ALL of my books are on sale or free, including the entire Maura DeLuca YA vampire trilogy.
First book in the series 5/5 stars!
Thank you for your support!
http://bit.ly/2GVrLJ0 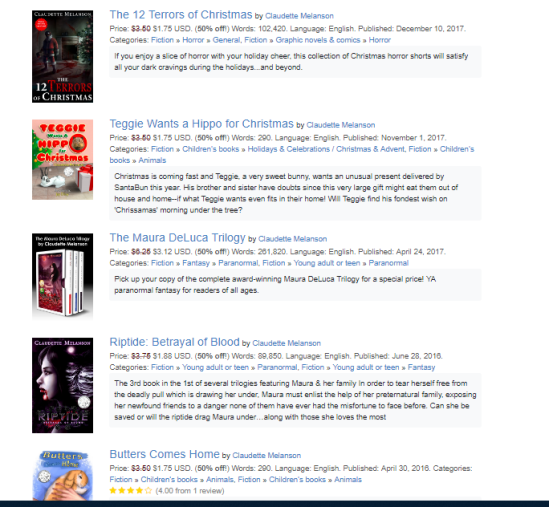