#HappyHalloween Get your #Fridayreads on!
FREE on Kindle Unlimited
Vampire Fairytale
#ASMSG
http://amzn.to/1JYRDgt

emmakwall (explains it all)

This is dedicated to two of the hardest working bloggers I know – Darren and Rob – who are just coming to the end of an absolutely brilliant Stephen King blogathon. Check out their sites for loads more reviews, it’s been a lot of fun. 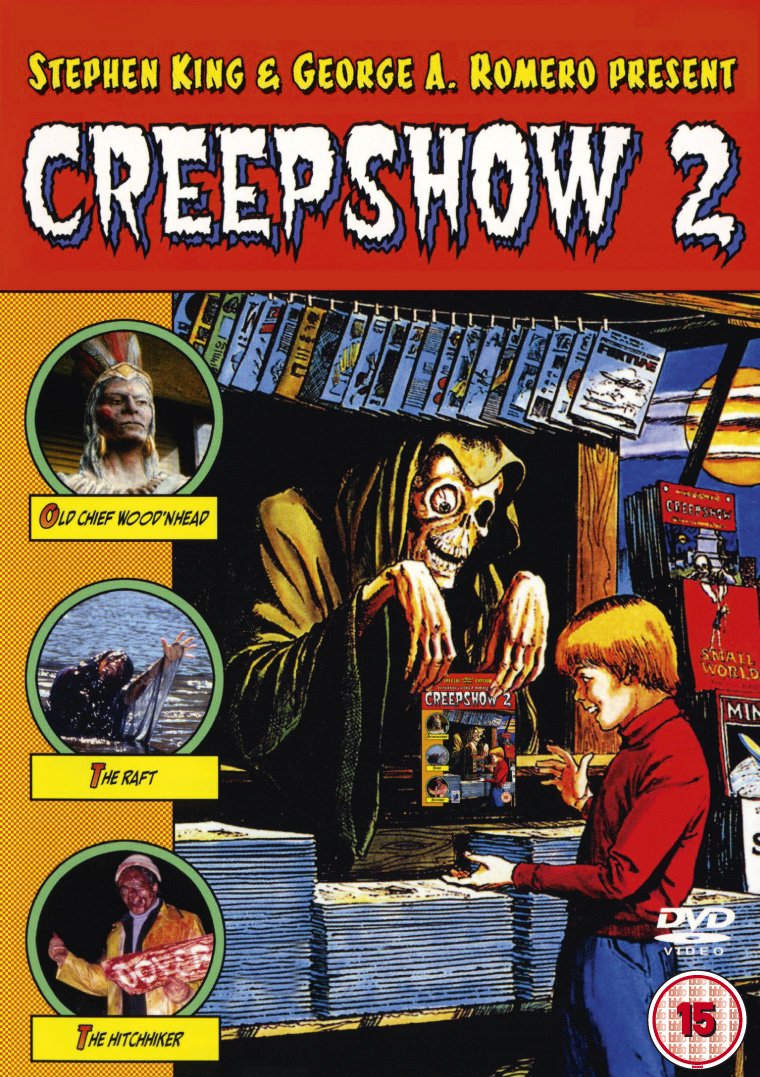 Creepshow 2 is one of those sequels that is pretty much on a par with the original movie. If you’re thinking “but I heard that was rubbish!” – well you’re thinking of Creepshow 3 I’m afraid which was utter nonsense just made to cash in on the name.

But Creepshow 2 is pretty much the exact same drill as Creepshow (1982) – a horror/comedy anthology film written by Stephen King (based mainly on his short stories) and George A. Romero.

The jack o’ lantern has been one of the most beloved traditions in North America, found casting its sinister glow across nearly every porch on the night of my favorite holiday, Halloween. Their glowing orange faces greeted me at every house in our neighborhood when I approached each door, hoping to score a premium treat—which back in my day meant one of the popular chocolate bars. I remember once I even had a special Halloween flashlight with a jack o’ lantern head on the top. We carved one every year, trying to decide if we should go the scary face or happy face route—nowadays there are so many other highly artistic options. They lit our way (we went trick-or-treating at night, as it should be, lol), the eerie orange glow of their faces guiding us in fine, spooky fashion to the next bowl of treats…

But where did this tradition start? It turns out there is both fact and fiction tied up in the history behind the ritual of pumpkin carving taking place every October 31st.

According to Wikipedia, the name jack o’ lantern is tied closely to the phenomenon of the will o’ the wisp—a mysterious light seen floating over marshes and bogs, said to lure unfortunate travelers away from the safe path. The etymology of the two terms is very similar, and both refer to proper names and enigmatic forms of light. So we have Will of the wisp—a bundle of sticks set afire to light one’s way—and Jack of the lantern, a term stemming from folklore.

The story of Jack of the lantern originated, according to Wikipedia, in 19th century Ireland. History.com details the story of Stingy Jack, who was said to have tricked the devil, not once, but twice. Using a silver cross to keep the fiend trapped—once in his pocket as a silver coin and again at the base of a tree—he secured a promise the devil would lay no claim to his soul for the next ten years. Jack was a thief, and when he died a short time after making this deal, God refused him entrance into Heaven. The devil couldn’t keep him in Hell either, and refused to ever take him into his fold, sending him back into the night to roam aimlessly forever. When Jack expressed his worry over not being able to see in the dark, the devil tossed him an ever-burning ember from the hellfire around him, which Jack placed into a carved-out turnip to light his way.

Turnips and pumpkins were first employed to make jack o’ lanterns during the 1800s in Ireland. The practice was picked up in the Scottish Highlands and there exist written records of Punkie Night in Somerset, England during the same century, as well. The jack o’ lanterns could serve a multitude of purposes.  Firstly, they were carried to ward off the unsavory character of Stingy Jack. Some carved faces in the hopes of warding off the spirits of the dead, said to wander freely on Halloween night. Others put them on display as representations of evil spirits or human souls suffering in purgatory, meant to frighten passersby. Today, jack o’ lanterns serve primarily as decoration and a part of the fun activity on October weekends when families venture out into their local pumpkin patch to pick the perfect one to adorn their front porches.

Jack o’ lanterns have even broken some world records. Here are a couple of fun facts about jack ‘o lanterns who went above and beyond the Halloween call of duty. The official world record for the most jack o’ lanterns carved and lit in one place at one time was claimed on October 19, 2013 in Keene, New Hampshire. The number on display was 30,581. They have since broken this record eight times. The largest jack o’ lantern was carved by Scott Cully in Northern Cambria, Pennsylvania in 2005. The massive pumpkin used weighed 1,469 pounds!

Does your family carve a jack o’ lantern for Halloween? What kind of faces or other likenesses do you prefer to etch into yours? Scary face or grinning pumpkin? Do you make a trip to the pumpkin patch or grab one from your local grocer; maybe you grow your own? Tell me about YOUR jack o’ lanterns in the comments below.